10. Of Sultans and Kings

No trip to Andalusia is complete without a visit to la Alhambra de Granada - not to be confused with Alahama de Granada from my previous blog (https://www.roadtrippin.org/1085416_8-andalusia). Alhambra sits on a spectacular outcrop of the Sierra Nevada’s, on a plateau overlooking the Albaicin quarter of Granada’s Moorish old city.

This World heritage site was once the stronghold of the Moorish monarchs of Granada and Spain. Alhamar established the powerful Nasrid Dynasty and built his royal residence here in the mid-13th century. Throughout the 14th century his descendants continued to develop what became essentially a self-contained city with roads, houses, gardens, artisan workshops, public baths, a mosque, and six major palaces. After the Christian Reconquista Ferdinand and Isabella also held court here for a period.

Alhambra, “The Red Fortress,” was named for the color of the red earth with which the outer walls were built. The city is characterized by traditional Moorish architecture with rooms being built around central courtyards, each with its own reflecting pool or fountain. These water features are fed by an ingenious system of aqueducts which channel water from the Darro River, higher up in the mountains about 4 miles away (before the river drops down into a deep ravine at the plateau’s base).

The gardens have clearly been influenced by the successive rulers who conquered the citadel with their plantings of roses, orange trees, myrtles, and English elms. Long pools reflect graceful arches in their tranquil depths, and fountains add a continuous background melody to the tranquil other worldly setting. If there wasn’t so much to see, I could easily have got lost for hours, just wondering around the gardens alone.

One of the most famous water features is the Fountain of the Lions (it wasn’t my favorite as you must wait in line to enter the courtyard which is cordoned off). But, despite the touristy feel, the fountain is pretty impressive with its large basin carried on the backs of 12 stylized marble lions standing on huge slabs of white marble.

Geometric designed tile mosaics, carved stucco, Arabic inscriptions, vivid paintings, and gold leaf are a visual feast for the senses. Muqarnas, stalactite-like three-dimensional sculpting comprised of thousands of prismatic pieces, draw your eyes upward to the magnificent, vaulted cupolas. The buildings are breathtaking and the skill and craftsmanship that must have gone into creating them is truly mind boggling.

The citadel is almost mystical in its enchantment, and one can imagine having stepped right into a tale of Arabian Nights, but to truly soak in the magic plan your visit in the off season (October to March) and avoid festival days. We visited in the summer which was very hot and crowded. And, although Alhambra is open year-round, winter in the Sierras brings snow, so I wouldn't recommend this time of the year. In fact the best time to enjoy the gardens is in the spring just before the crowds hit. 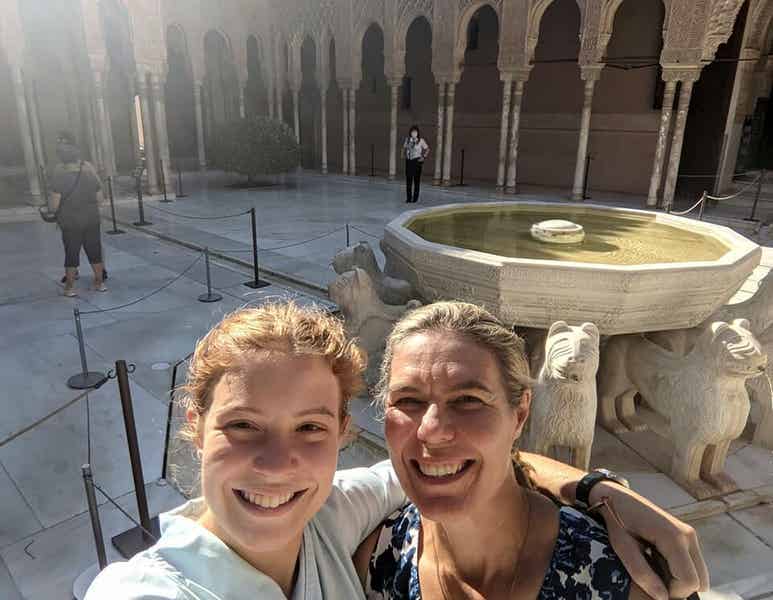 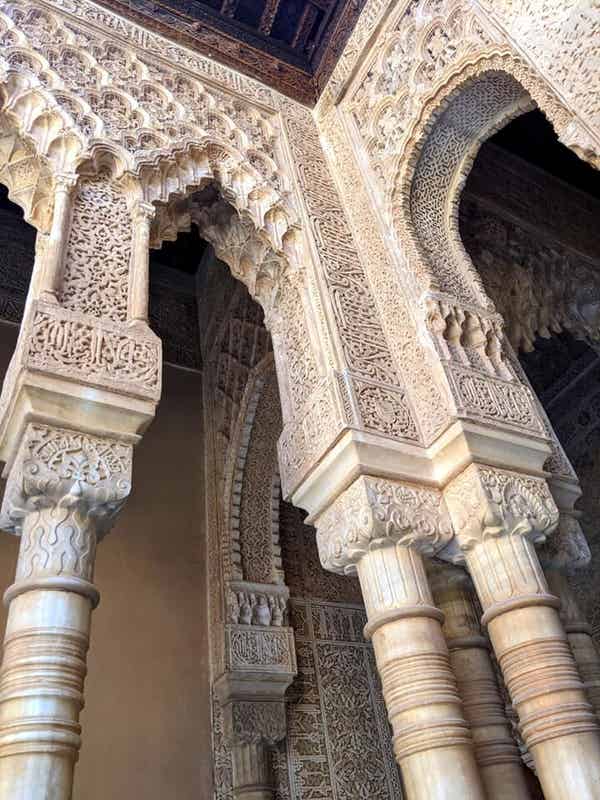 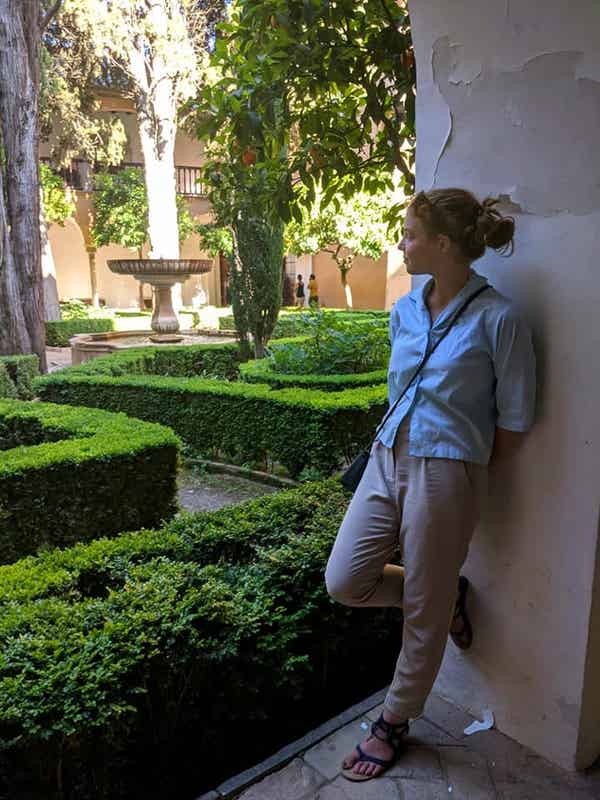 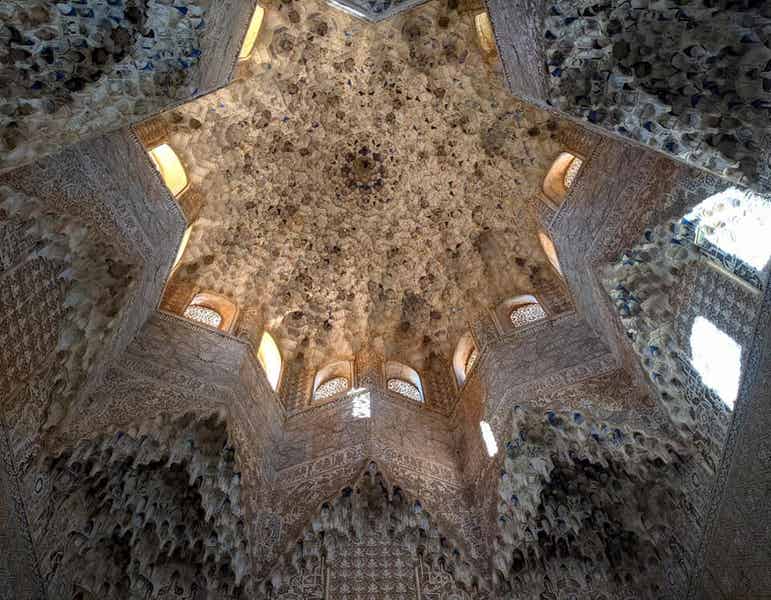 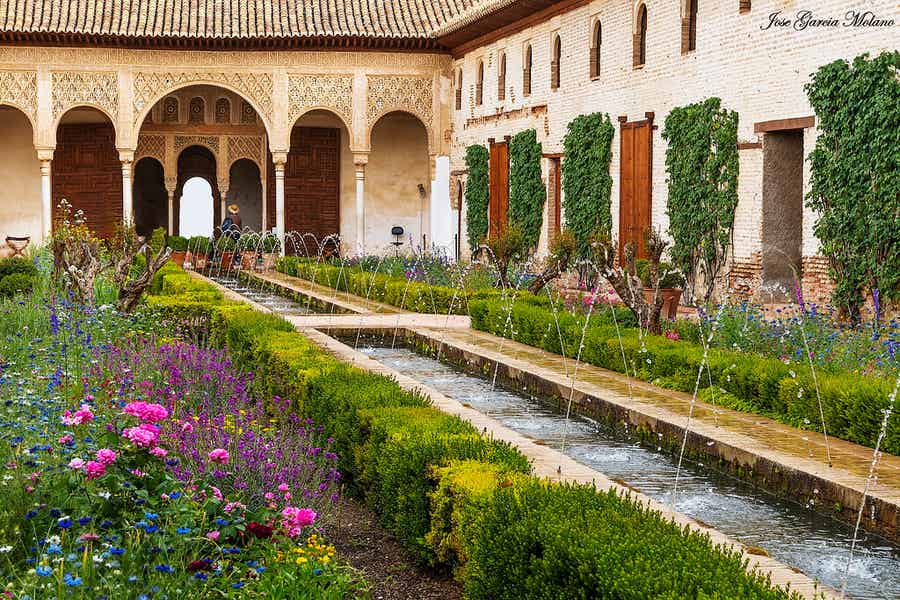 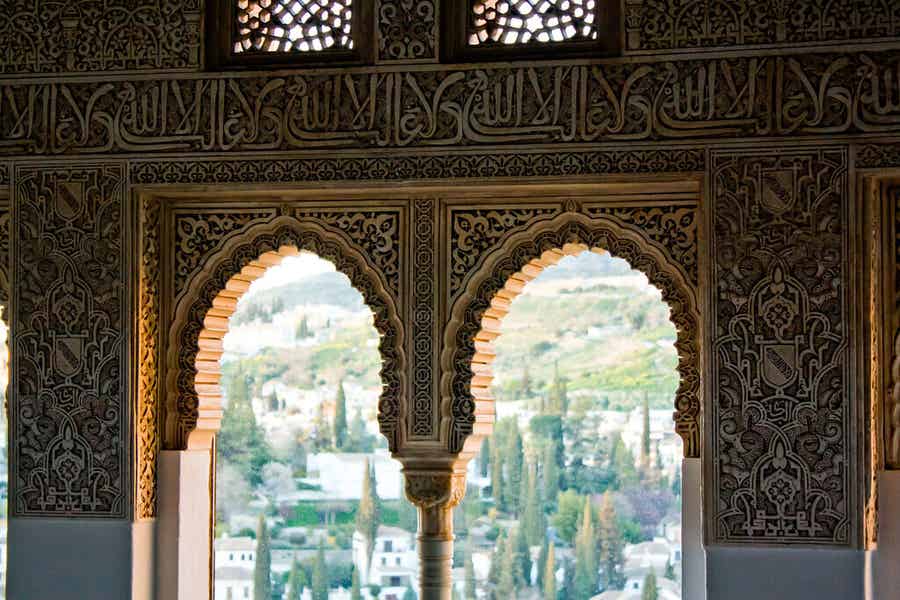 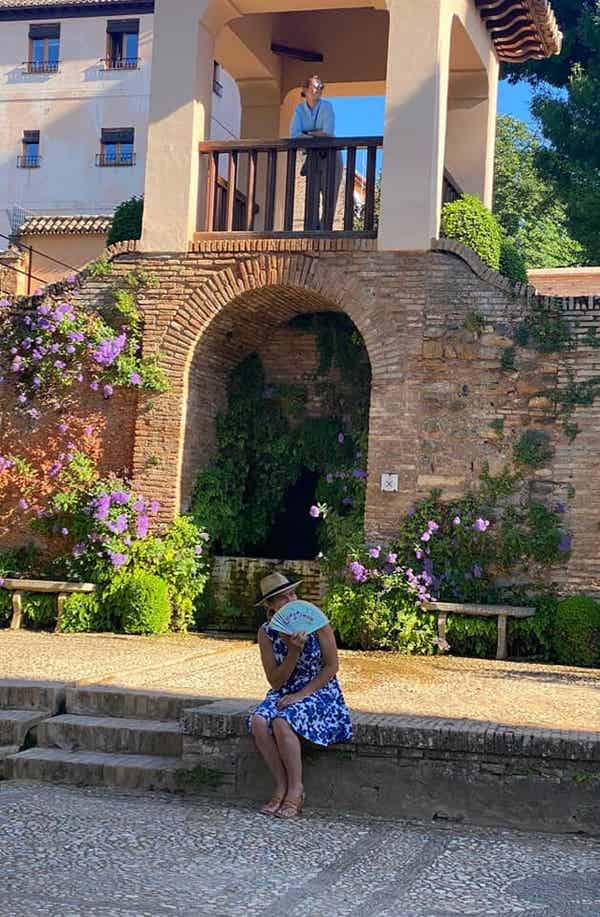