If you are a Twilight fan you will love visiting the Medieval mountain villages of Catalonia. The village of Baselu in particular will transport you right into that scene in New Moon when Bella frantically runs through the streets of Volterra trying to reach Edward before he steps into the sun and commits the equivalent of Vampire suicide.

We had the opportunity to visit three of these villages during our stay in Catalonia. Each was unique in its own way, but the most amazing thing about them was how unspoilt they all were. They weren't dry and dusty museums, or gaudy tourist traps, but simply places where people lived and went about their daily business. Aside from strolling the streets and marveling at the views, the best part about exploring these villages is shopping at local businesses. These are places where the old traditions have been preserved and it feels like you are travelling back in time as you browse for homemade cheese, cured sausages, mouthwatering baked goods, pottery, and hand-woven wicker baskets.

If you are planning a visit to Santuari de Montgrony then make sure to hit the tiny town of Castellar de n'Hug at the same time. This village is located in one of the most beautiful Natural Parks in Catalonia, called Cadí-Moixeró.  It rests snugly on the southern slopes of the Pyrenees range in a jumble of Romanesque style buildings and cobbled streets which seem to grow out of the mountain. Be sure to include the short 10 minute hike down to Fonts del Llobregat (a waterfall which is the source of the river Llobregat) during your visit.

If you visit Besalu in the first weekend in September you will truly feel as if you have stepped into a Twilight reenactment. The village hosts a medieval festival at that time of year, complete with people dressed in medieval costumes and medieval music. Besalu is located overlooking La Garrotxa Nature Reserve on the spurs of the Pyrenees of Girona. It is reached by an impressive 12th century Romanesque bridge that spans the Fluvia River. The bridge features a gateway at its midpoint which once guarded access to this important walled city.  Narrow streets wind up from the bridge to the Plaça Major (town Square), the heart of any village. These streets were once home to an important Sephardic Jewish community, and you can still visit their Mikvah (purification baths). Built in 1264 it is one of only three surviving Mikvah's in Europe

On the drive home from Besalu we made a brief stop at Castellfollit de la Roca. The most impressive view of this village is as you approach it. Looking up at the houses perched precariously close to the edge of the 160 feet high basalt crag is quite a sight! The crag, which is almost a kilometer long, was formed by the overlaying of two lava flows. It is flanked by the rivers Fluvià and Toronell and has been inhabited for over a thousand years, evidenced by its narrow streets and dark, volcanic stone houses. There is not much by way of shops or restaurants, but walking the narrow main street will lead you through the city center, which features ramparts that fortified the town during the civil war, to the end of the crag, which offers a birds eye view of the surrounding countryside.

In my experience - whether shopping for local goods, marveling at the magnificent scenery and amazing Medieval architecture, or just relaxing and people watching in a café on the village square - taking the time to soak up some good food, great company, and the sense of timeless ambience that characterizes these villages, is what will make your visit truly memorable. 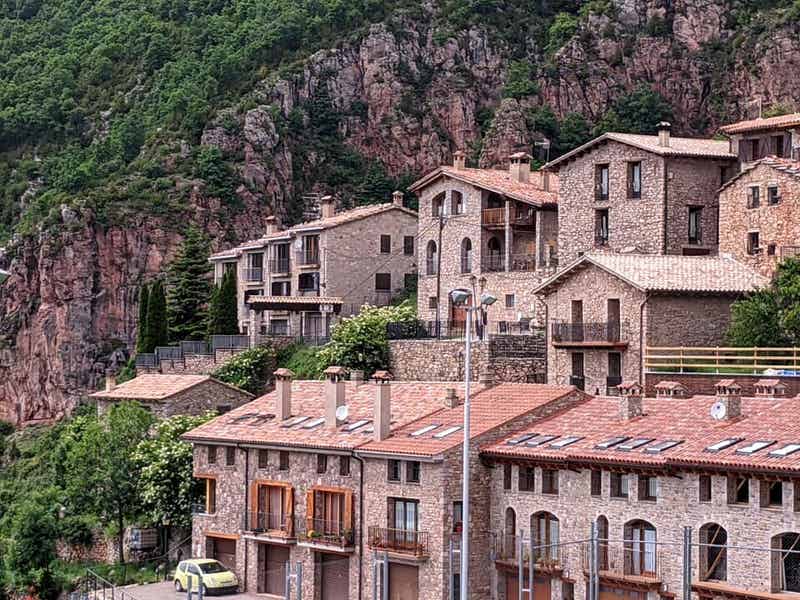 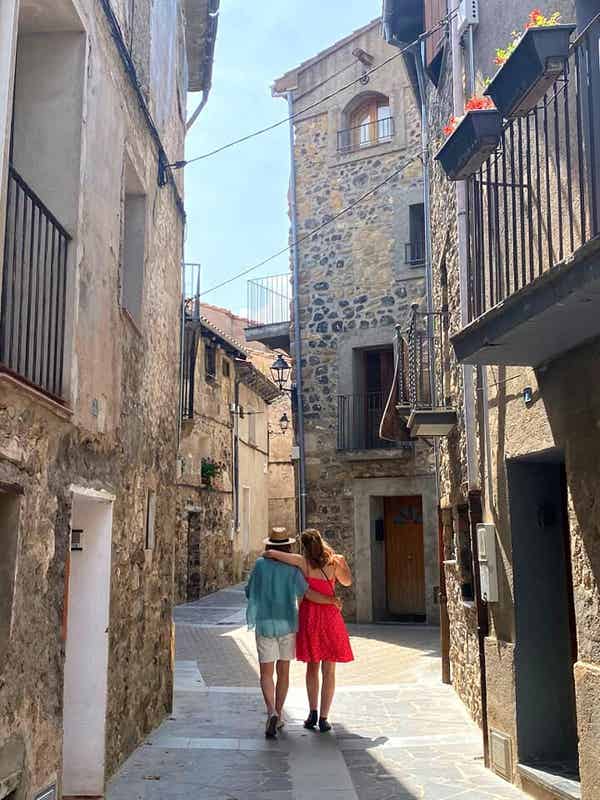 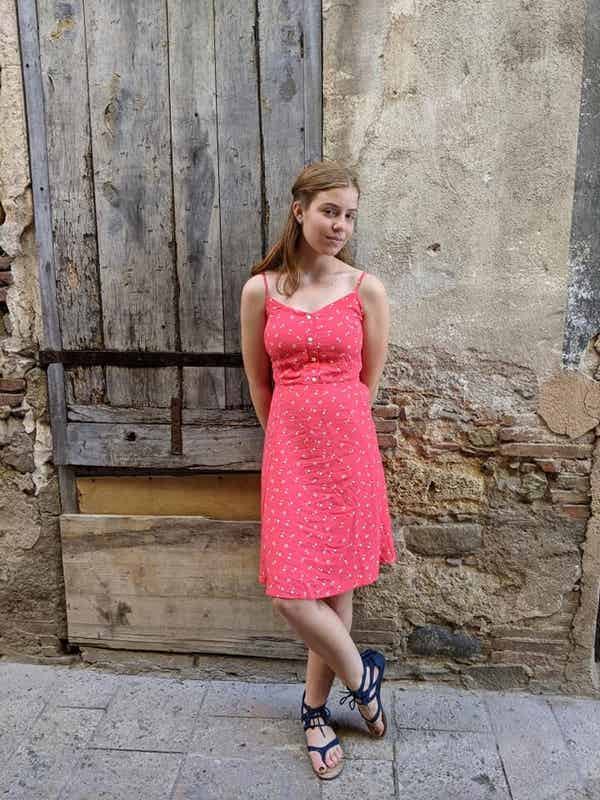 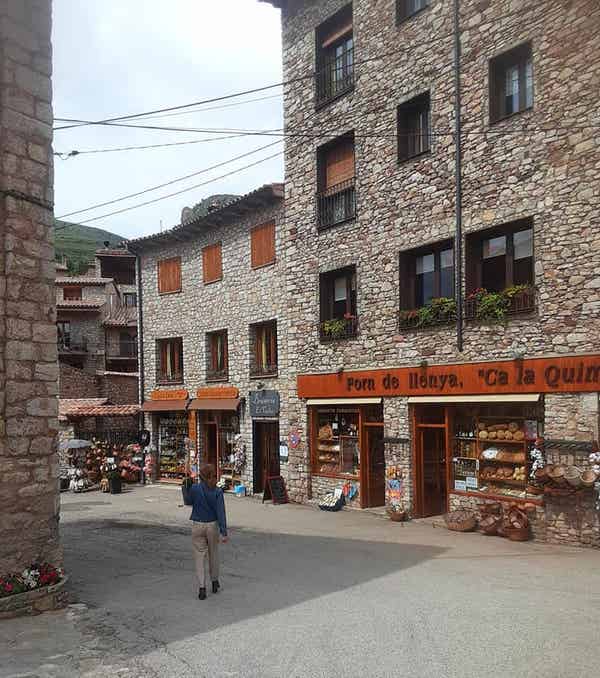 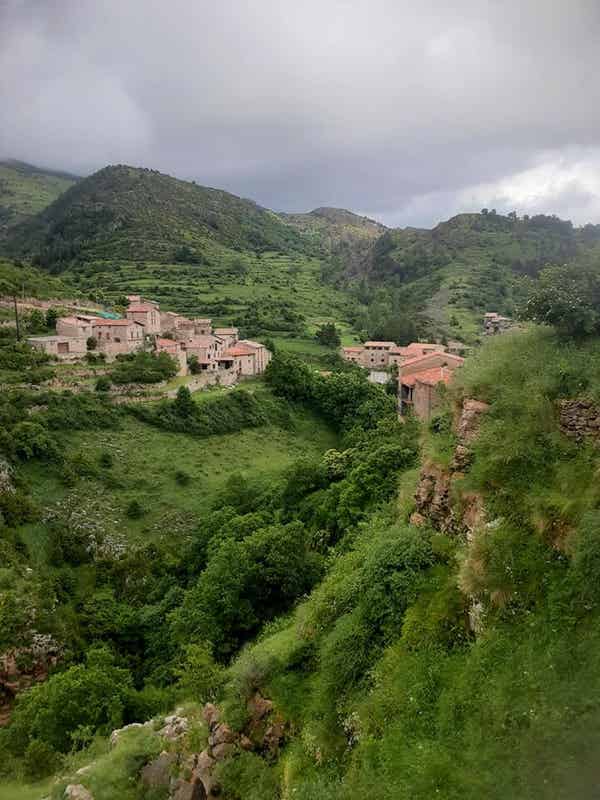 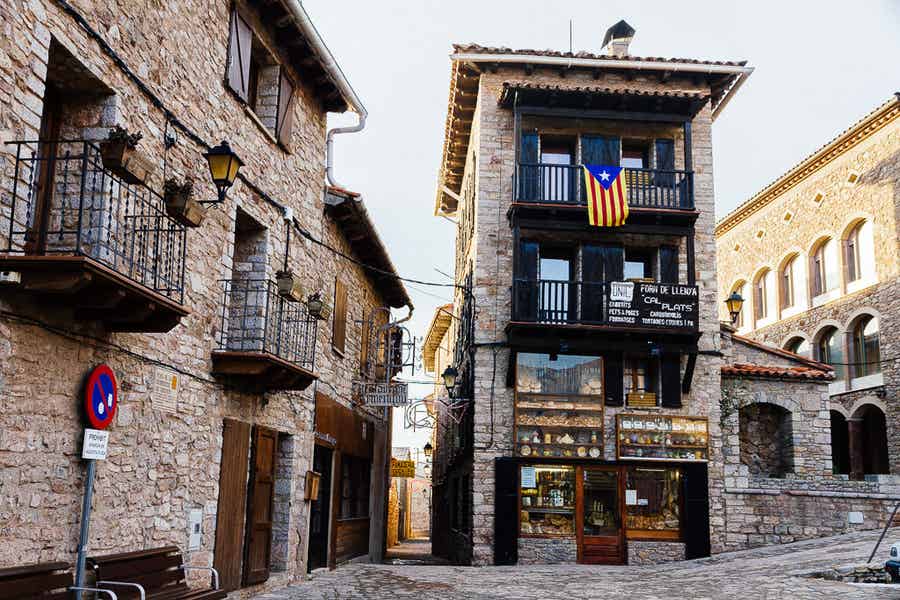 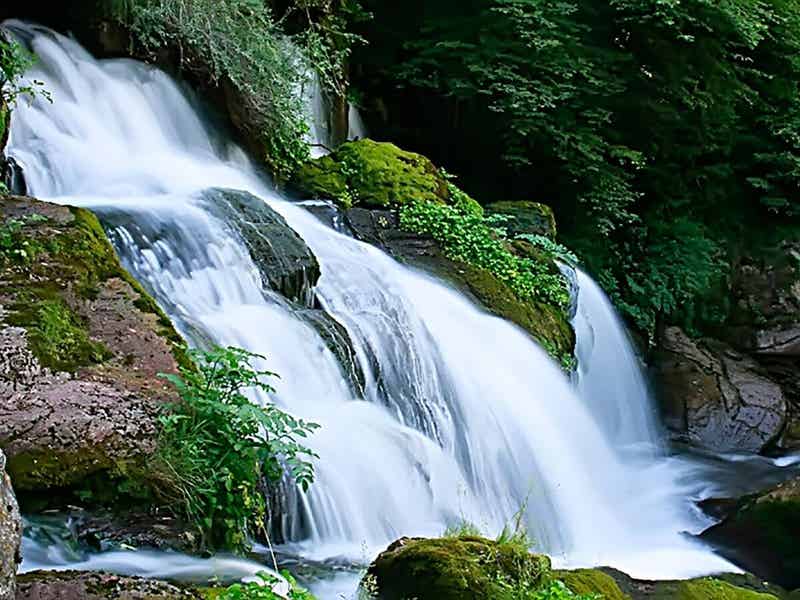 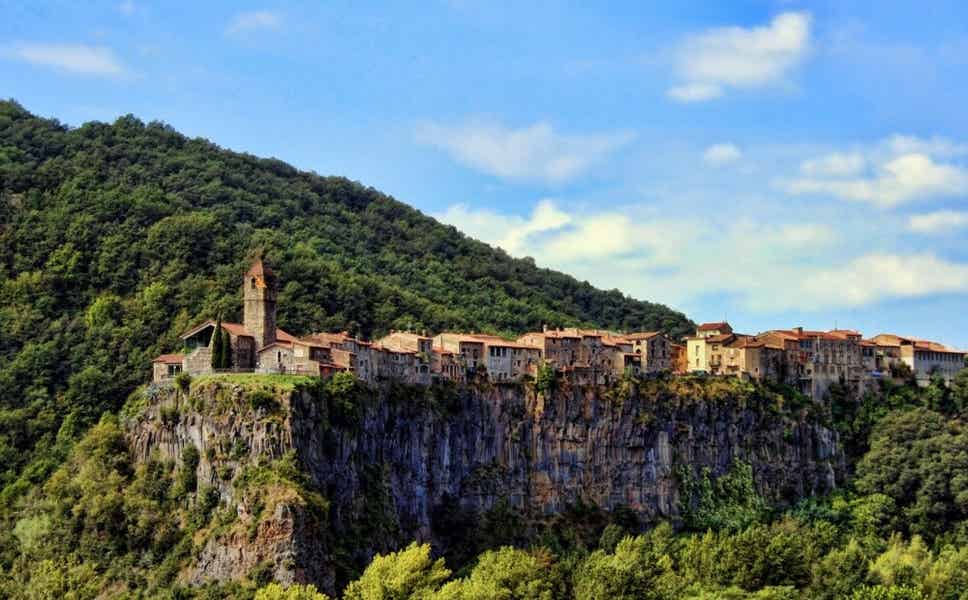 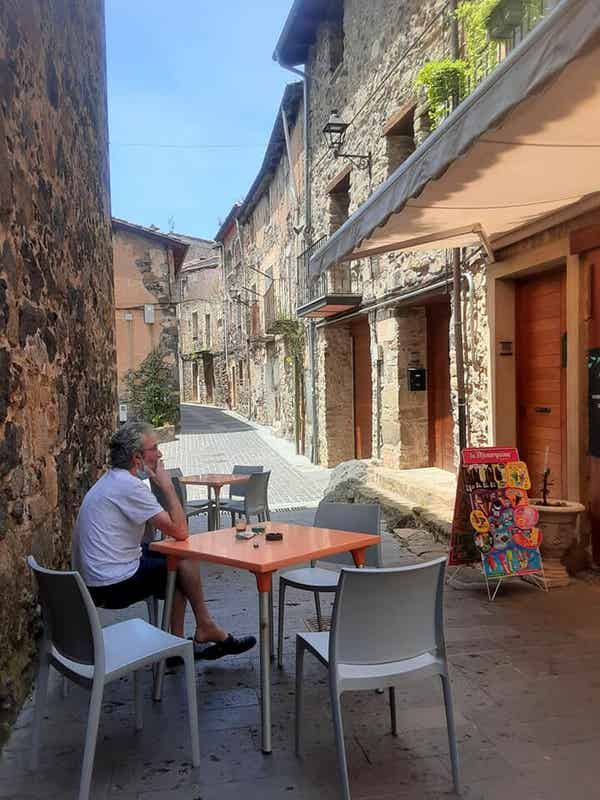 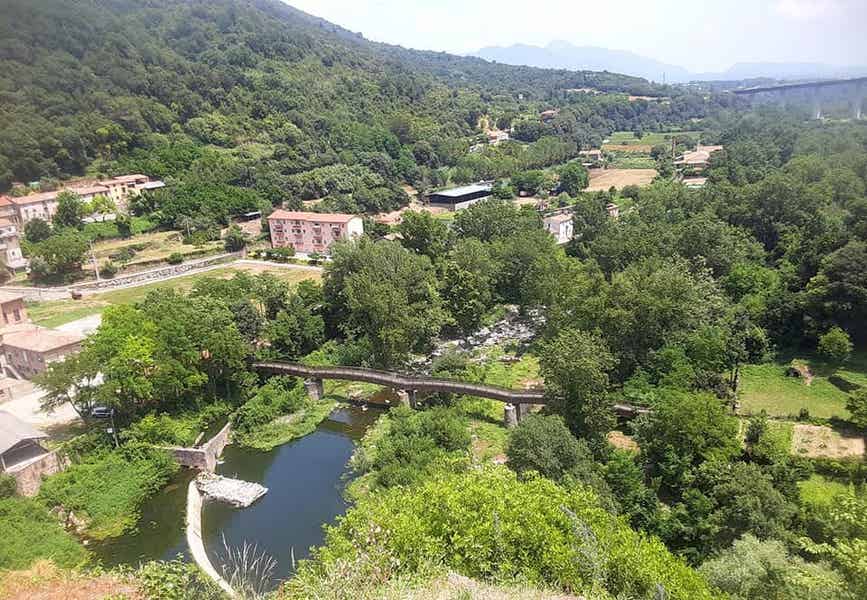