3. There Be Dragons Here

Exhaustion kept me soundly asleep until 5am the next morning (my usual time to rise and shine). It took Rachael a little longer to rouse herself, but after a fortifying Continental breakfast of fresh fruit, bread still warm from the oven, freshly baked pastries, and a delicious cup of café con leche (Unlike the States, Europe really knows how to do a proper Continental breakfast, and they have the best coffee ever!), we were ready to explore the city.

There are bikes for rent everywhere in Barcelona and it’s a great way to explore, all you need is a credit card and a cell phone. The city also provides free Wi-Fi access, and this means that you can easily navigate without bothering with a cumbersome paper map.

We found drivers in Barcelona to be fairly tolerant of cyclists, however, biking through the city is not for the faint at heart. We had a few hair-raising moments crossing busy intersections in heavy traffic. But we soon got the hang of things and fit right in with the large community of local cyclists who treat the streets like bike lanes.

Our first stop was the Arco de Triunfo de Barcelona, an amazing gateway that was built as an entrance to the 1888 Universal Exhibition. It is covered in ornate carvings symbolizing agriculture, industry, commerce, and art, and at the top of the arch the shields of the 49 Spanish provinces are presided over by the coat of arms of the city of Barcelona.

From the arch we wove through a complicated set of streets to La Sagrada Familia. This amazing cathedral is considered Anton Gaudi’s masterpiece creation. Construction began in 1882 and is still in process today, so the outside façade is somewhat marred by scaffolding, but it is still spectacular. If you can get tickets to go inside, it is well worth the effort (and expense). Much of Gaudi’s inspiration came from the natural world and the columns that support the vaulted ceiling soar upward and branch out like white tree trunks. They are so ethereal it is hard to believe that they are carved from stone. When you stand amongst them gazing up at the blossoming canopy and glittering jewel like colors of the stained-glass windows you feel like you have stepped into a rather heavenly enchanted forest.

Our next stop was Casa Batlo, another of Gaudi’s masterpieces. This house is one of my favorites with its incredibly vibrant tiles and sinuous dragon design. In fact, Dragons are found everywhere in Barcelona and are synonymous with the city.

Legend says that a terrible dragon attacked the kingdom of Cappadocia in the 14th century. Terrified the people fed the dragon two lambs a day, but when the animals ran out, they decided to sacrifice people by drawing lots. The first lot fell to a beautiful princess. However, Jordi (or George as he is known in England) rescued the princess and killed the dragon with his lance thus gaining his sainthood and an illustrious place in history.

The Gothic quarter, which is part of the Old Town, is a great place to go dragon spotting. You’ll find dragon reliefs on roof tops, in wrought iron signs, carved into stone, and laid out in beautiful mosaics in the meandering alleyways. The main sights we explored were the Barcelona Cathedral with its soaring bell towers, and Placa Reial (a great place to sit in one of the many cafés and people watch at night), but the part we most enjoyed was getting lost in the labyrinth of narrow streets.

After returning our bikes to a handy rack near the hotel, and taking a quick dip in the pool, we checked out (still no sign of our lost luggage, oh well…) and caught a bus to Park Guell for a picnic lunch. Park Guell is another of Gaudi’s masterpieces. It was listed as a UNESCO World Heritage Site in 1926 and is considered one of the most impressive public parks in the world. It is so quirky and wonderful that I would recommend taking a whole afternoon to wander through the terraces and explore the different gardens. We were even lucky enough to happen upon a group of singers who serenaded us while we ate our lunch!

But as with all good things, our time in Barcelona had come to an end. And while we were sad to say goodbye, one of the great things about road tripping is that you always leave a place with the sense that, “the road goes ever on,” and some day it will return you to the place where it began. 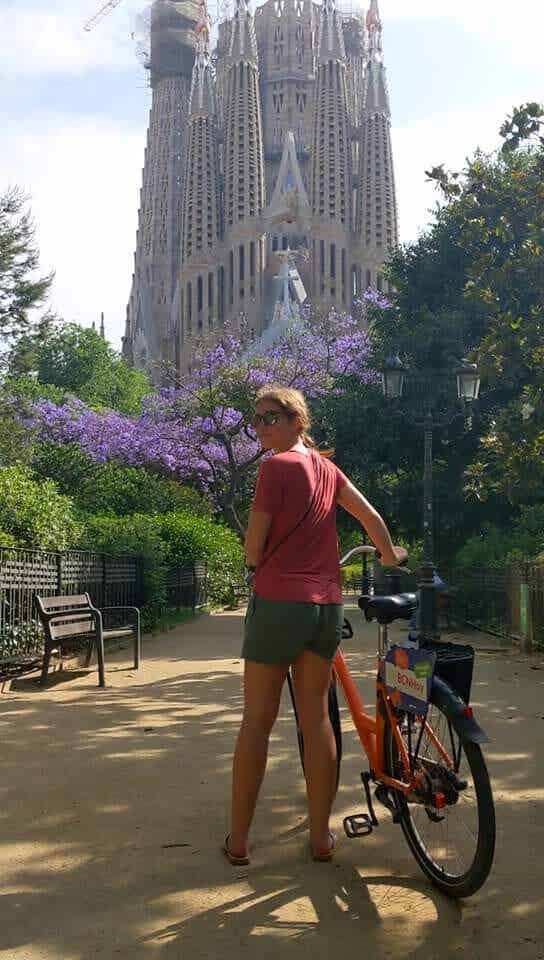 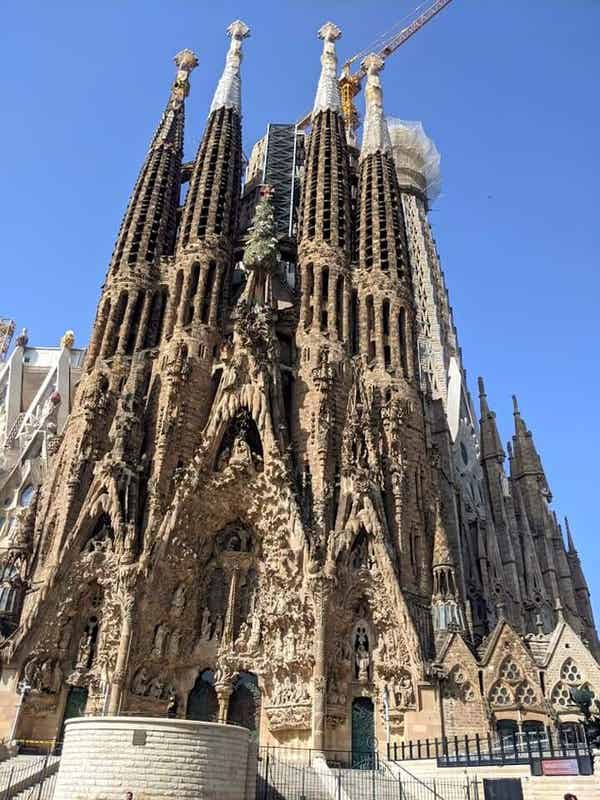 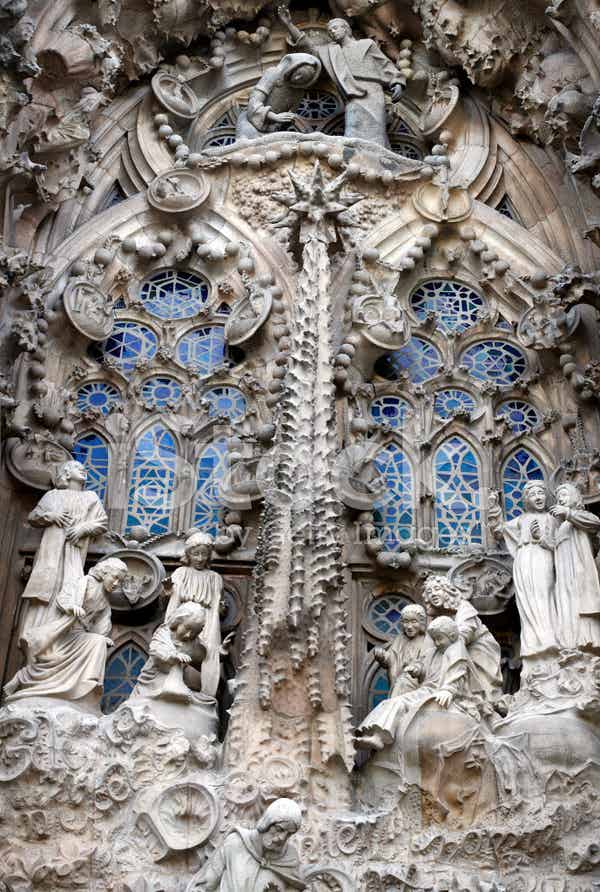 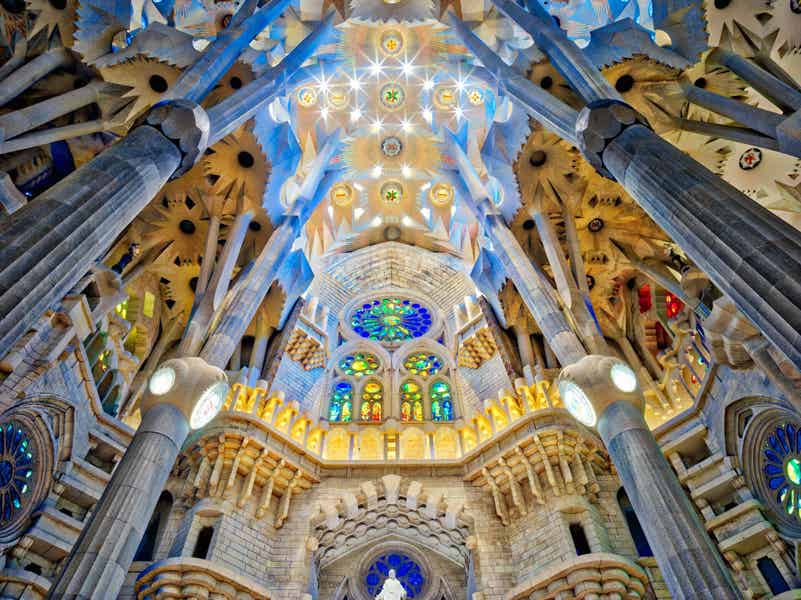 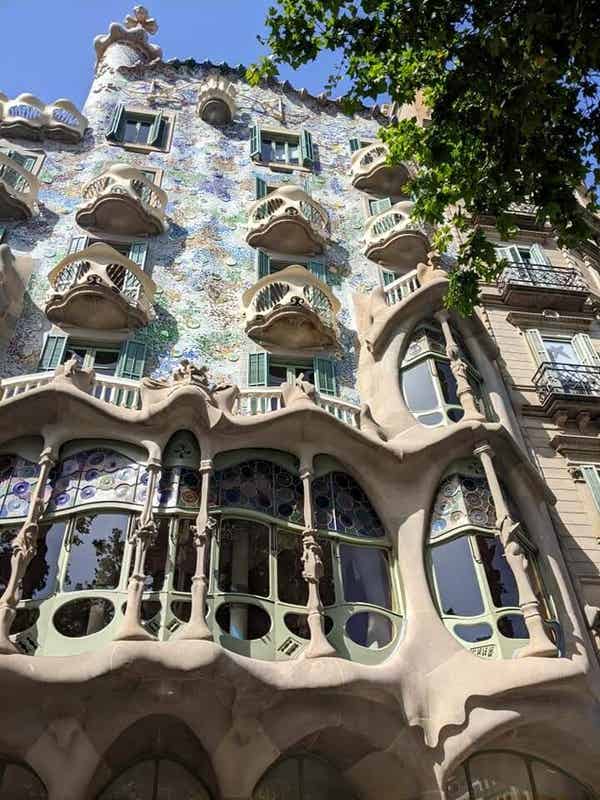 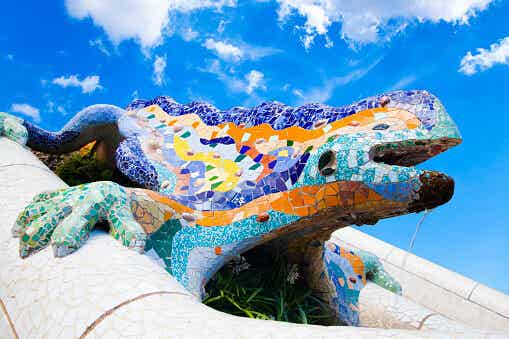 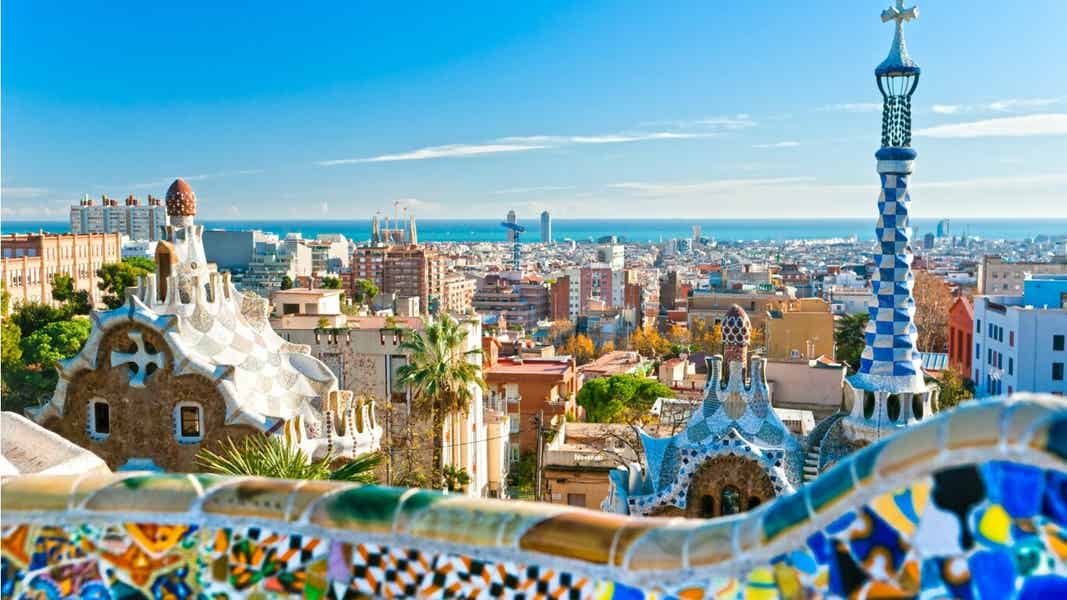 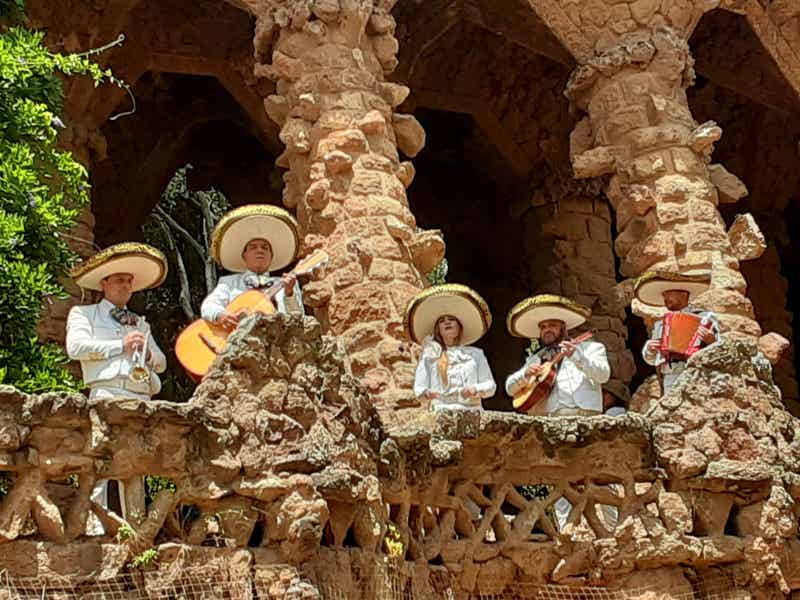