Tramuntana is the name locals have given the winds that funnel off the Pyrenees and sweep through the tiny fishing village of Cadaqués on Catalonia’s Costa Brava. In fact, it is these winds which gave the Wild Coast its name as they turn the normally calm waters of the Mediterranean into a heaving sea of white caps.

At one time the village could only be reached by boat, but now a road snakes through the mountainous Cap de Creus National Park (one of Catalonia’s largest protected areas), and delivers the intrepid traveler - bold enough to undertake the journey - into the waiting arms of a town that has been here since medieval times.

You’ll still find the harbor full of small white boats bobbing at anchor in the choppy waters or resting on the rocky beaches after hauling in their day’s catch. There are no smooth sandy beaches here, just a restless ocean sweeping into pebbled coves - creating a distinct chorus of constant motion.

This spectacular setting was a favorite of painters, but its most famous resident was Salvador Dali, who grew up here, and established a home in Port Lligat. His quirky house is one of the main attractions in Cadaqués, however as it is small, only a few visitors are allowed in at one time, so be sure to book ahead if you want to visit.

As you stroll through the narrow, uneven cobblestone alley ways, you have the sense that you might have wandered right out of Spain and into a Greek Mediterranean village. With its jumble of white washed stone houses, red tile roofs, blue shutters faded by years of exposure to unforgiving elements, and bright cascades of purple, red, and orange bougainvillea, it is breathtaking. If you wend your way up to the highest point in the old town, you’ll reach the church of Santa Maria, dating back from the 16th-17th centuries, with its stunning view of the bay and the wild, jagged coastline.

We braved the choppy waters for a swim, ate freshly caught fish, shopped the unique boutiques tucked into hidden nooks and crannies, and sat on the side of the "road" that borders the ocean eating homemade gelato out of tiny white cups.

Cadaqués may be challenging to reach, but like all hidden gems, it is well worth the effort. 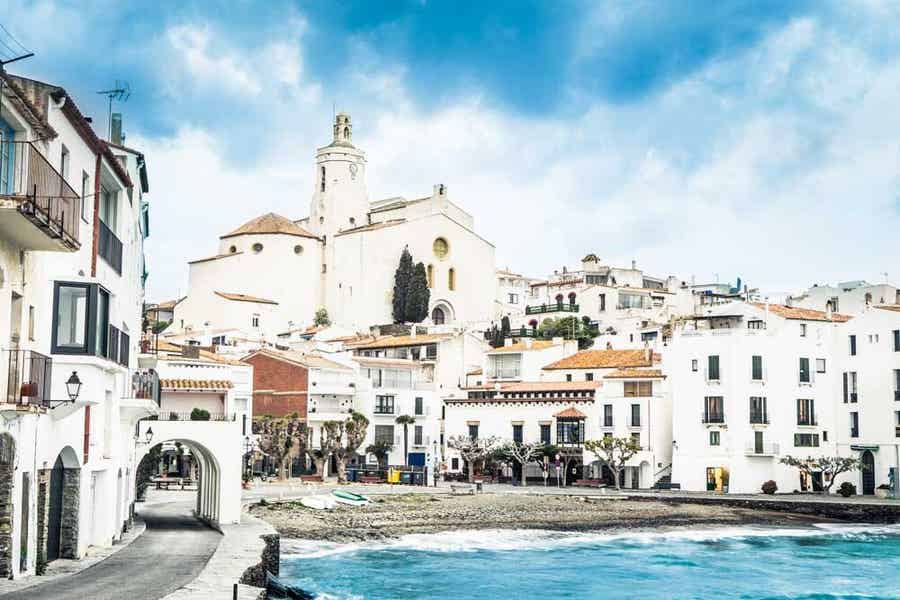 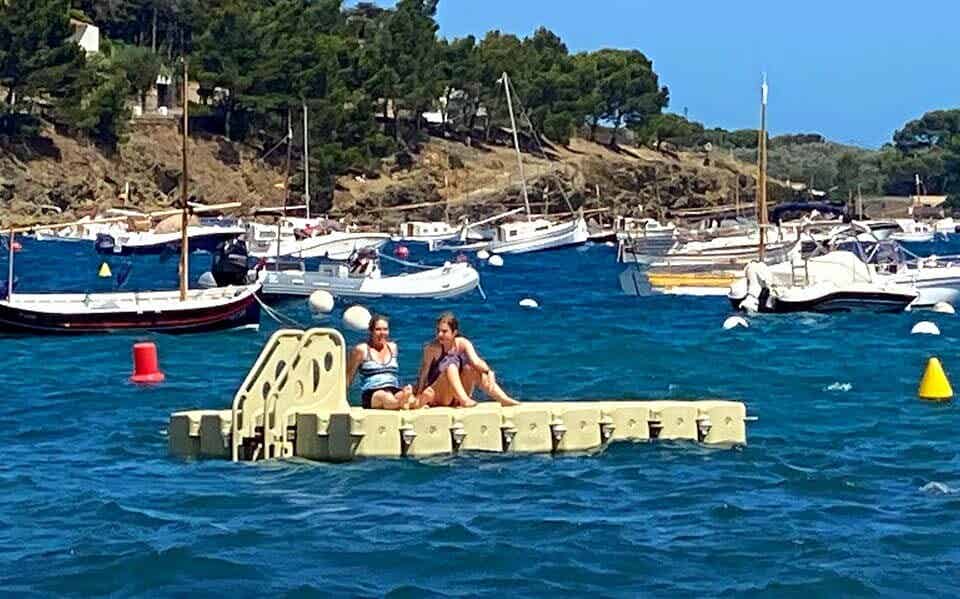 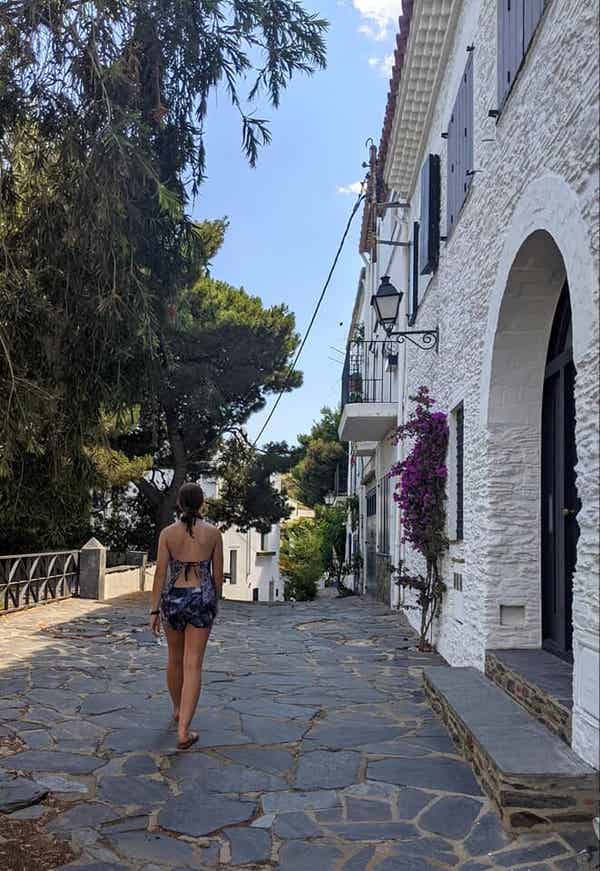 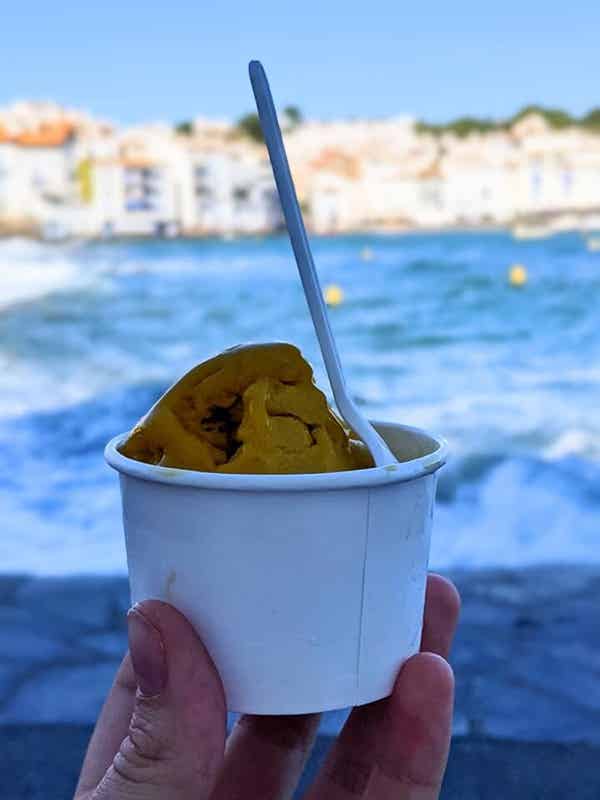